Cannes Lions announces distribution of €323,280 in funds to projects advised by the United Nations 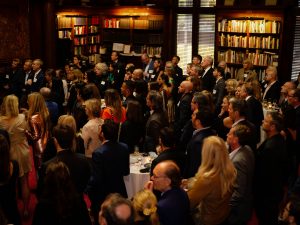 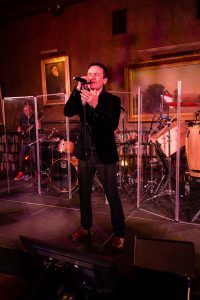 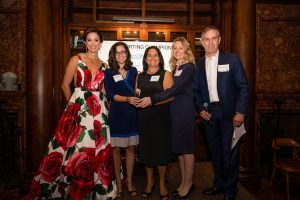 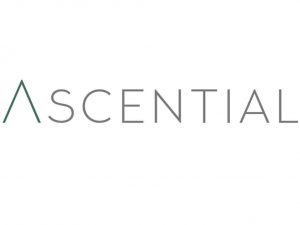 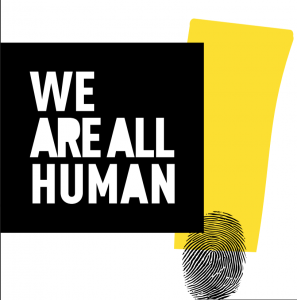 24 September 2018 – Following the launch of the Sustainable Development Goals Lions at the 2018 Cannes Lions International Festival of Creativity, the inaugural Grand Prix winner, The Palau Legacy Project, was last night honoured with the “Champion for Humanity” Award from the We Are All Human Foundation. The Award was presented during the We Are All Human Foundation & Global GoalsCast UN General Assembly Kick-Off Reception of the UN’s Global Goals Week, a reception to gather a coalition of champions and celebrate progress and key initiatives that made a difference over the last year.

At the ceremony, Five- time Latin Grammy Award winner FONSECA , was also awarded for his dedication over the decades to the achievement of peace and an end to the armed conflict in Colombia and as an advocate for the healing of the society.  The We Are All Human “Champion for Humanity” Award is a recognition for individuals or initiatives that have significantly contributed to scalable, positive progress towards advancing a better world for all.

Claudia Romo Edelman, Founder of We Are All Human and Senior Adviser to the SDG Lion Award said, “We want to kick off the UNGA week with optimism and ‘possibilism’. There’s much to do, but it is totally possible to achieve a better world for all. There is an increasing number of champions from all walks of life putting sustainability at the centre of their activities. And on the other hand, consumers all around the world are increasingly buying with their beliefs and voting with their hearts.”

Owned by Ascential plc, Cannes Lions is committed to giving back to relevant projects and causes. Alongside the See It Be It gender initiative, the #MoreLikeMe diversity initiative and membership of the UN Women’s Unstereotype Alliance, revenues generated from both The Glass and SDG Lions are given back to relevant charities.

Last night, Philip Thomas, Chairman, Cannes Lions, announced that the SDG Lions had generated €323,280 of funding which would be donated to various projects as advised by the UN.  Thomas said, “We launched this Lion because we know that creativity is a force for good, and that Cannes Lions brings together the world’s greatest creative minds to work on solutions for the world’s biggest problems. Entry numbers exceeded our expectations and it’s a real privilege on behalf of all the entrants to donate the funds to projects advised by the UN.”

Claudia Romo Edelman who was part of the conception of the SDG Lion Awards said “We Are All Human will continue to work with the creative community to inspire impactful content. It will annually distribute an award to the Champion of Humanity during the UNGA, and a Champion of Creativity for Good during the Cannes Lions Festival of Creativity”

We Are All Human’s mission is to advance equity, diversity and inclusion. It recently launched through the co-curation of the September issue of Marie Claire an initiative called the ‘Immigration Nation’.

Global Goals Week exists to accelerate progress on the Sustainable Development Goals. The annual week of action, awareness and accountability, is currently taking place in New York until 29 September, #globalgoals.

The Kick-Off Reception of the General Assembly of the United Nations was powered by Edelman. Global GoalsCast and We Are All Human are incredibly grateful for the leading support of Cannes Lions and thank the support of Aflac, BBDO, BNP Paribas, Business Insider, HARMAN, Leo Burnett, Mars, McCann Worldgroup, NRG, Pepsico, S&P Global, The Coca-Cola Company, Swarvoski, and World Food Programme.

About the We Are All Human Foundation:

The We are All Human Foundation fights injustice and discrimination, promoting diversity, inclusion and equity through research and advocacy. We bring people together to rediscover our common humanity. We bridge divides, open minds, and transform how people think and act for the dignity of fellow human beings. We refuse to stand by and watch fear and hate erode the hopes and confidence of an entire generation. We are unapologetic in advocating for equity, diversity and inclusion. We are fearless in speaking out against all forms of discrimination; we will not let injustice hide under cover of silence.

Global GoalsCast is an initiative of We Are All Human that inspires listeners to take action by sharing the stories of those who are making positive change in the world.  This female-run podcast provides an innovative and compelling medium through which to communicate the progress of the UN’s 17 Sustainable Development Goals.

Cannes Lions International Festival of Creativity The International Festival of Creativity, also known as Cannes Lions, is the world’s leading celebration of creativity in communications and encompasses Lions Health, Lions Innovation and Lions Entertainment. Founded in 1954, the Festival takes place every June in Cannes, France. As the most prestigious international annual advertising and communications awards, entries from all over the world are showcased and judged at the Festival.