Is Artificial Soil the Next Green Revolution in Farming?

October 20, 2020 Michelle Cooprider blog Comments Off on Is Artificial Soil the Next Green Revolution in Farming?

Is Artificial Soil the Next Green Revolution in Farming? 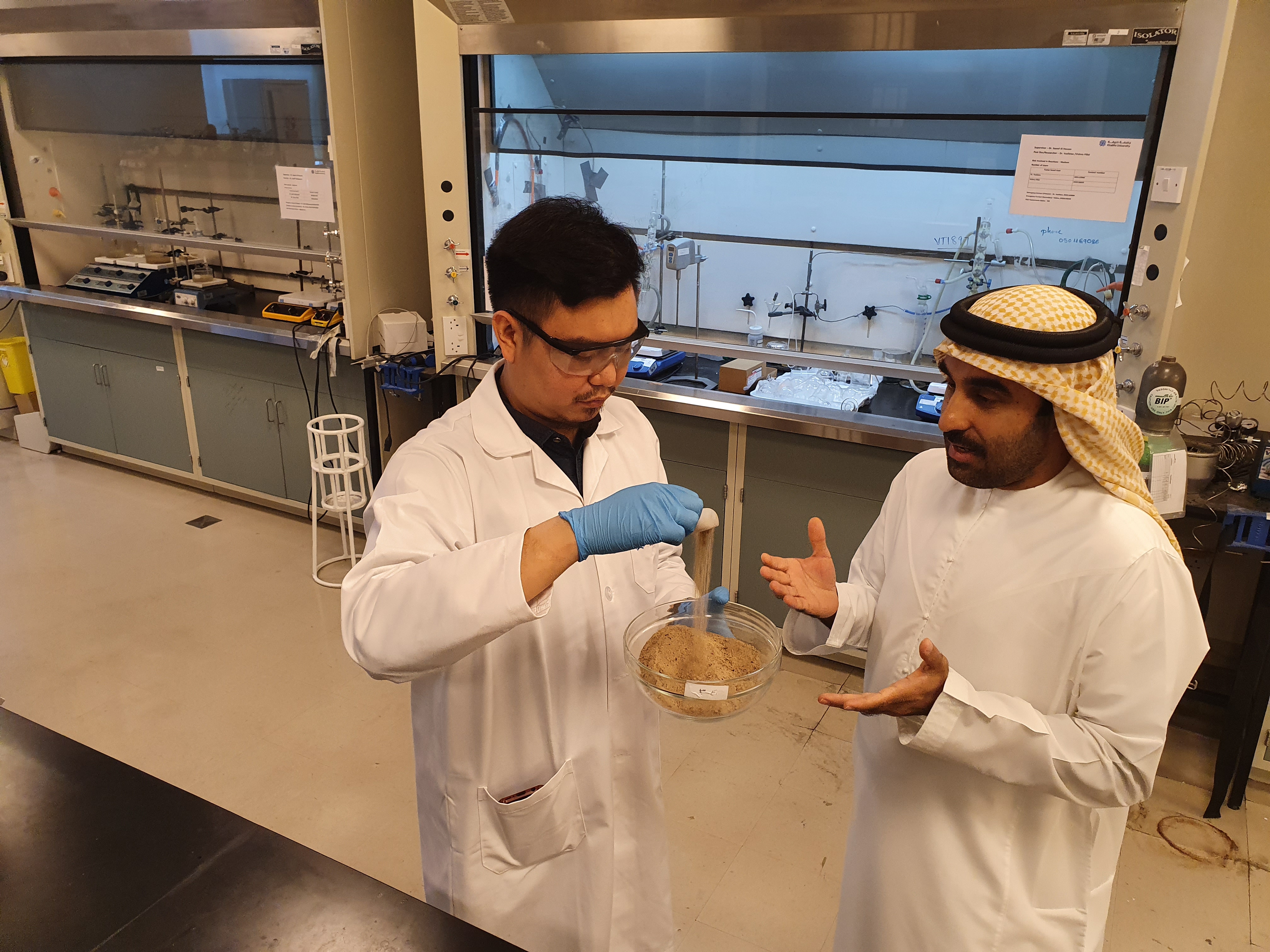 Food security is one of the largest issues faced by many nations. That is why it is a central part of Sustainable Development Goal 2, Zero Hunger. Huge strides have been made through improved crops and farming techniques. Now, researchers in the Arabian Gulf are working toward another breakthrough that could have a major global impact. They are currently in the process of creating an artificial soil that would allow the desert to bloom.

With 100 percent of the world relying on agriculture, many nations are found with limited resources due to having a topography that can’t support harvesting crops.

For example, of the three ecological areas in the United Arab Emirates —Northeastern Mountain, Desert and Marine Coastal—the desert takes up nearly 80 percent of the country, substantially restricting agricultural activities to a relatively small area along the Arabian Gulf. For many countries around the world, conditions such as this create a large challenge to feed their people and grow their economy.

With this issue in mind, Dr. Saeed Alhassan Alkhazraji, an associate professor of Chemical Engineering at Abu Dhabi’s Khalifa University and Kevin Halique, a researcher from Dr. Alkhazraji’s team, are currently developing artificial soil that would support desert-based agriculture.

The university has recently announced encouraging results in its research to develop this soil, composed of the ingredients and properties required for the growth of plants and vegetation in otherwise non-fertile climates. The team began their experiment by planting tomato seeds in the soil, resulting in growth. As such, a provisional patent application was filed to ensure further development of the research and potential commercialization.

The patent describes a method to prepare customizable fertile soil that resembles those in nations like Thailand and Ukraine, which would allow users to grow different crops based on their needs such as rice or wheat. Unlike most soils, this one will require less irrigation since it will use materials that adsorb and retain water for a longer period of time.

According to Dr. Arif Sultan Al Hammadi, Executive Vice President of Khalifa University of Science and Technology, “The artificial soil developed by our faculty reflects our commitment to focus on research that remains relevant to the region and drive innovation in areas that benefit not only the UAE and the region but the entire world.”

Recently, the UAE established the Emirates Food Security Council with the goal of implementing the country’s National Food Security Strategy. This includes carrying out resilient agricultural practices that increase productivity and production, while ensuring access to safe, nutritious and sufficient food all year round. The development of artificial soil will not only put the UAE one step closer to reaching their goals but can also potentially impact the lives of millions around the world, providing them with a sense of food security that have been unable to achieve before.

Introducing this new type of technology could also be used to reclaim the desert, such as The Gulf and Sahel, where the desert is slowly creeping south, devouring existing farmland. With 80-95 percent of the soil made from Abu Dhabi’s desert sand, utilizing this new form of farming can help slow the desertification process.

If this artificial soil can be introduced on a mass scale, we could potentially live in a time where we are able to provide solutions that positively impact both people and the environment.